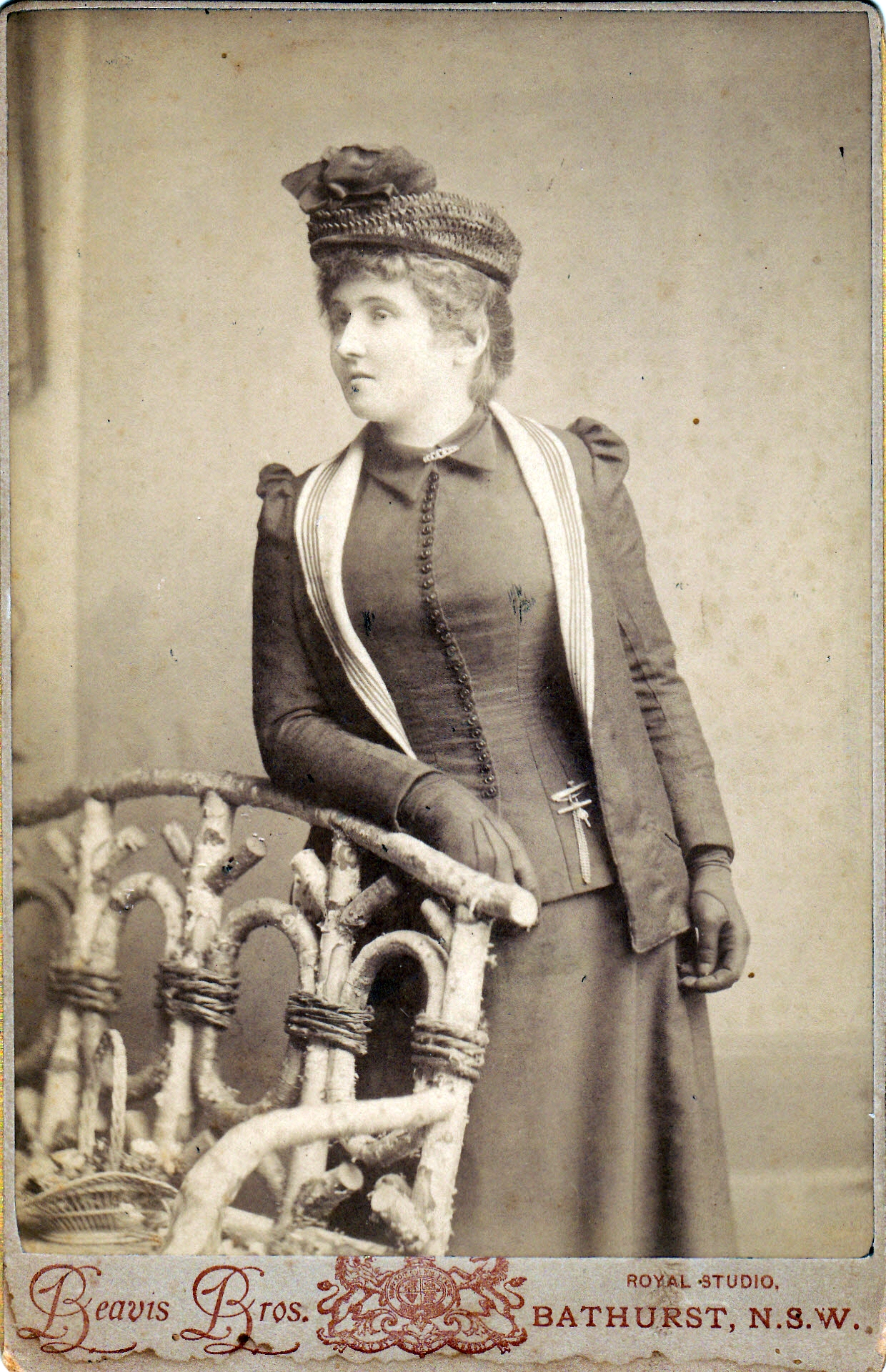 This transcription of Mary Walpole’s diary dates from 5 August 1923 to 16 March 1930. It describes the day to day life of Tambaroora and Hill End during the period prior to the Great Depression and records in many ways, the waning of a once prosperous gold mining area. Many of the local population are mentioned and it is a wonderful source of information about births, deaths and marriages as well.

The diary was transcribed by her nephew, Harry Walpole. Harry was the fourth son of Mary’s husband’s brother, John William Walpole. A copy of this document can be located in the National Park & Wildlife Service Family History files in Hill End where it has been placed for use by family history researchers.

This diary was indexed and annotated by our volunteer, Verna Little, who (virtually) grew to know Mary and her family during the transcription project. When it was finished she sent her a small “Thank You”.

Goodbye Mrs Walpole, it’s been nice knowing you and learning about all your friends and all the people of Tambaroora and the ones in Hill End and the comings and goings of the Kimm family who you looked after, after their Mother died; all the babies born, people who got married, the ill and unfortunately the ones who died. If it wasn’t for people like you I would never have known what went on in the 1920’s around where you lived; all the scuttlebutt and gossip of many people, the comings and goings of all your friends. All the flowers, the rabbit hunting, gold fossicking, the heat, the rain, the cold, the snow, all the cooking you did and what you ate at Christmas. Also for mentioning the Doctors, Nurses, Policemen, Post Master and the various Church people of all denominations. I was also sorry that you were ill on and off during the 1920’s. Thank you for keeping a diary. Bye.

Mary Walpole, nee Moore, was born on 1 October, 1869. She was the daughter of John & Catherine Moore and her birth was registered in Rylstone.

Family stories tell us that Mary was an avid diarist and collector of local information and photographs. It is thanks to these diaries that we have a glimpse of life in a gold mining town in the 1920s, a period in Australian history during which many challenges were thrown at those who struggled to make a living in the years before the Great Depression.

Mary married Francis Archer Walpole in Hill End on 20 June 1896. They had one son, Joseph Francis who was born in 1897 and his birth was registered in Tambaroora.

Her husband, Frank, was tragically killed in a mining accident in 1933 and The Sydney Morning Herald of Friday 29 September 1933 gave the following report:

A lonely death overtook Francis Walpole, an elderly miner, at Tambaroora, while he was working alone at his sluicing claim on Red Hill Creek. He was crushed beneath a fall of earth, and he was unable to extricate himself.

Mr. William Kimm, a neighbour, made investigations when he was told by Mrs. Walpole that her husband had failed to return home at the customary hour.

Kimm discovered Walpole buried under a large quantity of earth that had broken away from the creek bank under which he had been working. He was in a sitting position when he was found, and his body was completely covered. His head was free, but his position was such that the weight of the earth on his back had forced his face into loose dirt, making it impossible for him to breathe. Rescuers, working with frantic speed, dug the man out, but he was dead upon release.

When the Hill End Coroner (Mr. W. Hodge), Dr. O’Flynn, and Sergeant Rosser arrived, they found that about 50 miners had hurried to the spot with lanterns, picks, and shovels to give assistance. The body was taken to Hill End. Walpole was a native of Hill End, and he had been engaged in mining in the district all his life.

Our latest February newsletter is ready for reading. Check out Issue 28 for all the details from our recent Gathering, announcement of upcoming events and lots more. Previous issues of our newsletters are also available here. Click here to read them.