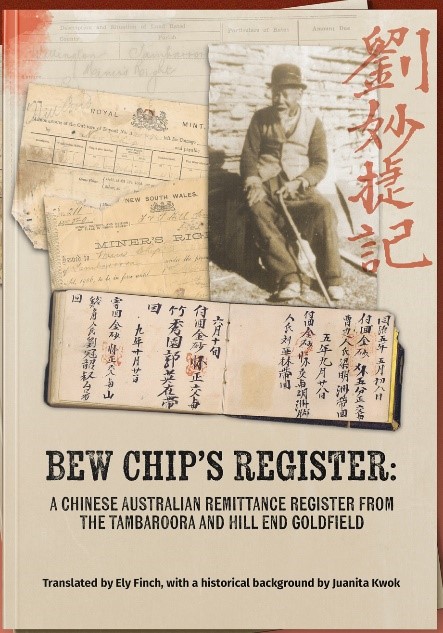 When volunteers from our Hill End & Tambaroora Gathering Group undertook a project of digitizing the family history records held by the National Parks & Wildlife Service in Hill End, we knew we would probably find some “nuggets” tucked away in the collection. Little did we realize that the small notebook, once owned by a well-loved member of the local community, “New Chip”, (or “Bew Chip” as we later learned was his name) would spark such extensive research by Dr Juanita Kwok and Ely Finch, into the Chinese inhabitation of the Hill End and Tambaroora goldfields.

Bew Chip was a resident of the Hill End district for 72 years. Arriving in Tambaroora in 1865 at the age of 19, he began life as a goldminer. Over a period of twenty-five years between 1865 and 1890, Bew Chip sent gold back to China, initially gold-dust carried by returning countrymen and later gold sovereigns sent through Chinese firms with branches in Sydney and Shekki, near Canton. Bew Chip kept a record of his remittances in a little book, now in the Hill End National Parks and Wildlife Services collection. As very few Chinese gravestones have survived in Tambaroora/Hill End to reveal the names and villages of origin of Chinese goldminers, Bew Chip’s register is a rare source of the names and villages of some of Tambaroora’s Chinese mining population, and on clan networks and early firms carrying on a remittance trade between Sydney, Hong Kong, and China. 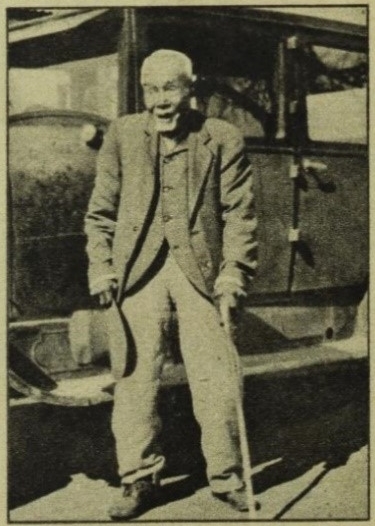 We were thrilled when Dr Juanita Kwok volunteered to expand our knowledge of this aspect of family history and Chinese culture in the area. This was an aspect that had long been neglected, not through lack of interest but more through lack of knowledge as to where to start. What that little notebook revealed because of her work, in collaboration with translator, Ely Finch, has opened a whole new path for much future research.

The meticulous work carried out by Ely Finch in not only translating the text but in providing copious notes on the background to each entry now puts the contents in a form that makes it comprehensible to the general reader as well as the scholar.

Juanita is a Bathurst-based independent historian. Her main area of interest is in writing inclusive histories of regional Australia. Juanita wrote her honours thesis on the representation of Chinese in Australian feature films made in the era of the White Australia policy. She gained a scholarship from Charles Sturt University to write her PhD thesis titled “The Chinese in Bathurst: Recovering Forgotten Histories.” Juanita is President of Our Chinese Past, a not-for-profit association which conducts projects to support local museums in preserving, researching, and promoting the Chinese Australian heritage artefacts in their collections.

Ely Finch hails from rural western Victoria, and lives today in Melbourne. He has an abiding interest in Chinese languages and traditional Chinese literature and works as a linguist and consultant translator specialising in historical texts written in Literary (Classical) Chinese, Cantonese, and other southern Chinese languages. To date, his main focus has been texts that pertain to the nineteenth- and early twentieth-century Chinese diaspora in Australia, with respect to which he has undertaken commissions from universities, museums, historians, archaeologists, family-history researchers, historical societies, doctoral students and others. His largest translation is Australia’s and possibly the West’s first Chinese-language novel, Wong Shee Ping’s “The Poison of Polygamy: a Social Novel”, which was published by Sydney University Press in 2019.