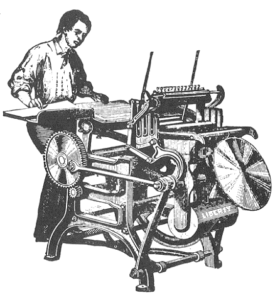 Contemporary newspapers allow us to experience the world as our ancestors saw it.

In the early years the worthy citizens of Sydney, and indeed the world, relied upon regular reports in the day’s press to inform them of activities in the goldfields.

We have selected a number of important newspaper items relating to the Hill End & Tambaroora district which have come to our notice. Click on the links to read the full stories.

It was always thought that The Hill End Times and the Observer were the only newspapers to come out of the area during the gold rush era. However, a small article tucked away in the Bathurst Free Press on 13 February 1861 reveals the existence of an even earlier publication. The first issue of The Western Goldfields Chronicle was published at Tambaroora the previous Thursday at the cost of one shilling.  The editor, Mr Robert Porter hailed from Mudgee and it was anticipated that it would “advocate liberal views”. It is not known how long this publication survived and it is believed that there are no known copies available. Referring to it many years later, on 10 November 1900, in “The Newsletter” G.C.J. (George Charles Johnson) recalled that it was in existence in 1861-62.

Hill End did not have a “local” newspaper until 31 March 1871 when the Hill End and Tambaroora Times and Miners’ advocate hit the streets of the town. It came into being when Hill End was at its most prominent.

The Empire noted the arrival of the new newspaper. “We have before us the first number of the Hill End and Tambaroora Times, a bi-weekly publication. There is room for improvement in the typographical arrangement and also in the working of the paper; but so far as the professed principles are concerned, we see nothing that will prevent it from becoming a useful local organ.” [Empire Wednesday 5 April 1871 p 2.]

Commenting much later on these newspapers, journalist and raconteur, Will Carter, described them both as “scurrilous rags, especially one styled the ‘Hill End Times,’ which encouraged wordy warfare among its readers who were permitted to indulge in personalities and scandalising which almost led to duels at times”. 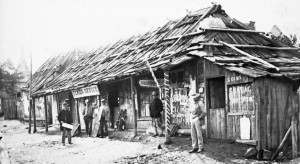 The Hill End and Tambaroora Times promoted itself as being circulated “throughout the Hill End, Tambaroora, Bathurst, Sofala, Hargraves, Mudgee, Gulgong, Windeyer, and the western mining districts”. According to the State Library catalogue entry the first issue was on 31 March 1871 and it ceased publication on 29 January 1876.

Two young printers, Richard Egan Lee and Michael Ambrose Sheppard, went over from Mudgee to initially publish the newspaper every Saturday morning and then by April 1872 it was published on Wednesday and Saturday mornings. It made the claim that “This Journal has an established local circulation, and is also extensively circulated in Sydney and throughout the Colony. Subscription: Per Quarter, in advance, delivered, 8s. By Post and Booked, 9s. Sole Agents, Gordon and Gotch, George St, Sydney”.

More than twenty-five years later another journalist, writing in The Newsletter of 27 October 1900 recalled that the prospects of the new journal were rosy, and had the proprietors looked after their business they might have acquired a competence in a few years, as, fortunate fellows, they were able to obtain whatever prices they chose to ask for their advertisements and printing work. Unfortunately, however, both had a weakness for the cup which cheers, and does inebriate, and, as a result, the Times, which was advertised to appear on Wednesdays and Saturdays, did not, on many occasions, make its appearance till a couple of days later, while one issue would frequently be missed altogether. This state of things went on for months, and the paper was eventually named by its readers ‘ The Hill End Some Times.’ Finally, with liabilities increasing, and with the prospect of all hands ceasing work at any moment, the owners disposed of the concern to the late B. O. Holtermann, the rich digger, who put money and new life into the business, Lee and Sheppard leaving Hill End shortly afterwards, poorer and wiser men. The former died in Adelaide some years later, and the latter passed away, in Sydney a year after his partner. 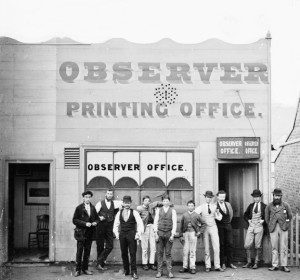 This newspaper was launched in March 1872 and ceased publication in October 1874. An advertisement appeared in the Sydney Morning Herald of 15 March 1872 announcing the new publication.

Whilst no known issues of this newspaper are believed to exist there are a number of reprinted articles in other colonial newspaper of the times. The Gathering Group also has access to photocopies of articles from this newspaper relating to the local Police Magistrate, Joseph Whitehead Lees. He personally collected these items relating to cases in which he was involved and stuck them into a scrapbook.

The last currently available reference to an item from that newspaper was reprinted in the Queanbeyan Age of Saturday 1 August 1874 however it is believed that it ceased existence in October of that year.

Mr. Edward George Wilton (the founder of the Bathurst Times, and the Lachlan Observer) was also the founder of the Hill End Observer, according to his obituary (SMH 24 July 1907). It is believed that the local poet William Henry Ore was a member of staff there during his time in Hill End. Bernhard Holtermann was also known to have secured a controlling interest in the Hill End Observer at one stage. 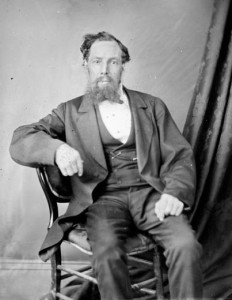 Whilst copies of the Hill End and Tambaroora Times have not yet been digitized on Trove and we cannot locate issues of the Observer, the nearest we can get to reading their articles, or indeed any news relating closely to the immediate district, is to browse the issues of the

*This newspaper often reprinted articles that appeared in these two local publications during the time they were being published.