Up until 1873 the population of Hill End were content to let the Department of Works look after local issues such as road and street maintenance. However, with the increased population and associated problems which resulted from the boom period in 1872 the population were reluctantly forced into accepting responsibility for local control.

In September 1872 Henry Parkes addressed a “Monster meeting” of 3000 people in the school grounds where he promised all the necessary improvements for road infrastructure as well as a school of arts, a water supply and a hospital. However, the general population appears to have resisted and a public meeting then called at Wythes Hotel brought only six people who were in favour of the establishment of the Borough.

However, by April 1873, 587 citizens of the district had been convinced that the town would benefit from the local control of public finances needed to undertake the public works so desperately required and they petitioned Henry Parkes to form a Municipality under the name of the “Borough of Hill End.” A copy of this petition including the names can be found here.

According to Harry Hodge in “The Hill End Story” volume 1, the Council “took a straggling mining settlement and built it into a neat, well paved town, despite the handicaps of constantly decreasing revenue and shameful governmental humbugging”.

In 1907 Hill End was designated a Municipality and the aldermen could see that the financial battle to remain was lost and it was impracticable to carry on. The Council resolved to resign as a whole but were persuaded to remain until the municipality was absorbed into the Turon Shire. Trustees were appointed and the Council’s recreation ground, library and furniture were handed to the Turon Shire in trust for the benefits of the citizens of Hill End.  The council ceased to exist on 4 July 1908. 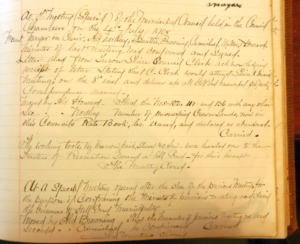 Further information about the Council can be obtained from “The Hill End Story, Book 1” by Harry Hodge. 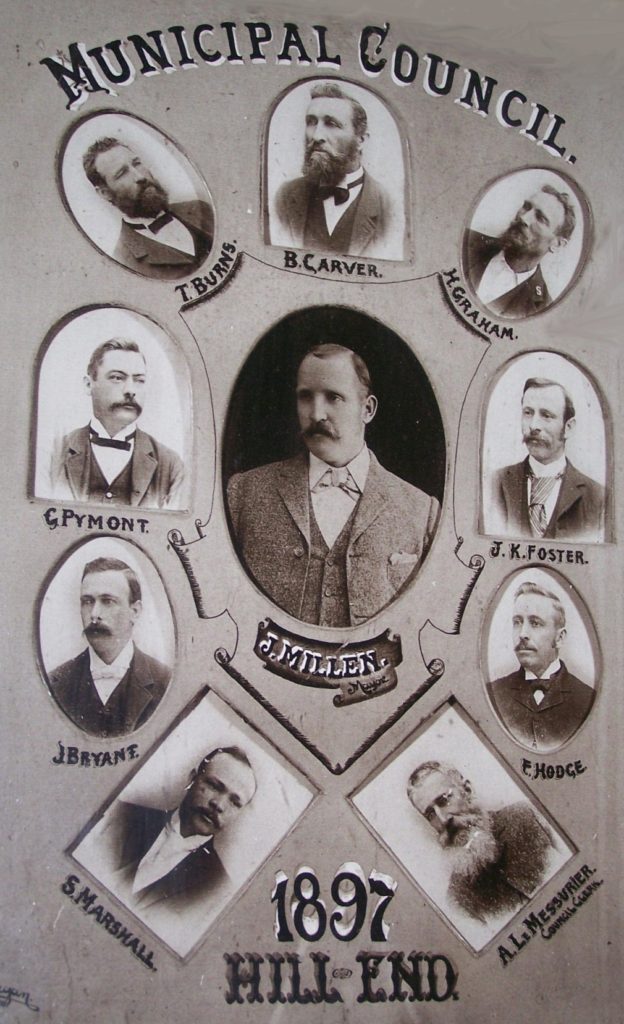 This portrait of the Mayor, the Council and the Clerk was taken in recognition of the loyalty of the Borough fathers during the Record Reign [of Queen Victoria] “in order to show posterity that the Council was aware of the importance of the occasion”. It is on display in the Royal Hall in Hill End.