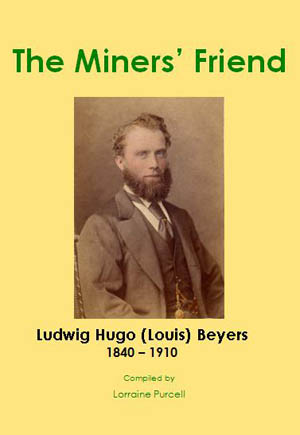 This 44 page book was produced to mark the centenary of the death in 1910, of one of Hill End’s most respected sons, Louis Beyers.

It contains brief biographical information as well as an outline of his life and career in Hill End as a public figure and benefactor. Known as ‘the miners’ friend’, after more than 30 years in the town he packed up his family and moved to the West Australian goldfields in the late 1890s. Here, he started his working life again after becoming bankrupt through the negligence of an unscrupulous solicitor who took advantage of his generous nature.

Whilst much has been written about his partner, Holtermann, Beyers seemed to have slipped through the net and hopefully this publication will go some way to redress this situation. It has been compiled from a number of sources and included some new material which has recently come to light, including Louis‟ own words in an interview, on how he became bankrupt.